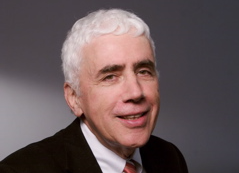 Dr. Anthony Jahn is a physician practicing in New York, and specializing in ear, nose and throat, with a special interest in ear disease and in singers.

He spent his early years in Canada, and obtained his training at the University of Toronto, including, college, medical school and residency, becoming board certified in otolaryngology in 1979.

He then moved to New York, and became an assistant professor at Columbia University, practicing at Columbia Presbyterian Medical Center. Subsequently, he became residency training director for New Jersey Medical School, returning to full time practice in Manhattan in 1992. Over the last 37 years, he has developed a practice that specializes in ear diseases and disorders of the professional voice.

Dr. Jahn has written over 100 publications, including several textbooks on ear disease and the singing voice. His most recent book, “The Singer’s Guide to Complete Health” was published by Oxford University press, and is on the recommended reading list of several music schools. He travels and lectures internationally on voice disorders, and the medical management of singers.

Dr. Jahn has been associated with the Metropolitan Opera for 35 years, as a covering physician. He has toured with the MET to Japan numerous times. He has been Director of Medical Services at the MET for 15 years. He also has a long association with Westminster Choir College in Princeton, as well as St. Thomas Choir School in New York.

In addition to his numerous publications, Dr. Jahn has written a monthly column for Classical Singer Magazine for over 25 years. He also contributes regularly to the British on-line magazine Voice Council, writing for non-classical singers. (More information available on his website, www.operadoctor.com).