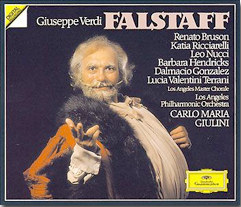 JANE BAKKEN KLAVITER recently retired from the Metropolitan Opera as Prompter and Assistant conductor, a position she previously held with such prestigious opera companies as the Lyric Opera of Chicago and the Dallas Opera where she was head of music staff for eight seasons. She was the prompter for the historic production of Falstaff with the Los Angeles Philharmonic, Giulini conducting, recorded by Deutsche Grammophon, and has also served as assistant to James Levine on numerous recordings for Decca, Sony and Deutsche Grammophon. She has served as a faculty member of the Juilliard and Manhattan Schools of Music. Ms. Klaviter is the Founder, Artistic and Executive Director of Bel Canto Institute, a non-profit organization she founded, the purpose of which is to teach and perpetuate style and tradition in 19th and 20th Century Italian opera and song. Bel Canto Institute is dedicated to the memory of the late Maestro Luigi Ricci and the Youth Division program to the memory of the late Luciano Pavarotti, both long time colleagues and friends of Jane Klaviter.

Ms. Klaviter holds Bachelor’s and Master’s Degrees in Piano Performance from the University of Illinois, having graduated with Honors. She also attended the University of Salamanca, Spain and the University of Leningrad (former USSR), both for language study. Many awards she has received include winner of the Mu Phi Epsilon Sterling Staff International Competition (accompanist category), Mu Phi Epsilon Grant for Independent Study and National Opera Institute Grants for study with Luigi Ricci. In 2015 the city of Florence, Italy and its mayor honored Jane Klaviter for her contribution to Italian Opera. Ms. Klaviter adjudicates various competitions, including the Metropolitan Opera National Council Auditions, has had articles published, conducts master classes, coaches privately, and is an active recital accompanist. She is considered a leading coach of Italian opera repertoire, due in part to her long association with the late Maestro Luigi Ricci.