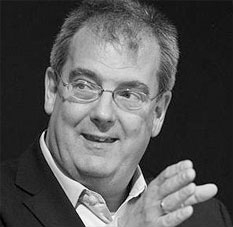 John Fisher was born in Glasgow in 1950. He was educated at Glasgow University, the Royal Academy of Music and at the London Opera Centre. He started his operatic career at WNO in 1972 as Music Director of the company s Opera For All project. From 1973-75 he worked at Théâtre à la Monnaie, Brussels, on the Music Staff and as Music Director of the Opera Studio. Between 1975 and 1977 he was a member of the Music Staff at De Nederlandse Operastichting, Amsterdam. In 1977, he was appointed Head of Music Staff at Teatro alla Scala, Milan; in 1981 he became the company’s Artistic Administrator (Segretario Artistico) a position he held until 1988. In 1989, he was appointed Artistic Director of Teatro alla Fenice, Venice, the first non-Italian to be appointed to that position in any of the state-funded Italian opera houses. From 1983-1988, he was also an artistic/musical consultant for Festival Rossini, Pesaro. From 1994-1997, he was Director of Opera and Vocal Productions and Executive Producer at Deutsche Grammophon Gesellschaft, Hamburg. From 1997 until 2006 he was Director of Music Administration at Metropolitan Opera, New York and from May 2006 to December 2010 was Chief Executive and Artistic Director of Welsh National Opera. In addition, John has collaborated extensively with Decca records and with Unitel films, collaborating with Jean-Pierre Ponnelle on several opera films.