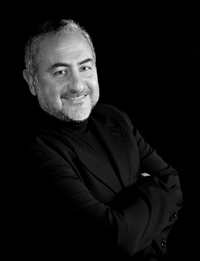 Leonardo De Lisi, a pupil of great interpreters such as Gérard Souzay, Dalton Baldwin, Elly Ameling, Irwin Gage and Ileana Cotrubas, is internationally renowned both as a fine performer of the Art Song repertoire and as an eclectic opera singer. He has been active as a recitalist for thirty years throughout the world, since 1986 when, a young musician of 20 years old, he was awarded the first Prize in the National Art Song contest in Conegliano Veneto. He also won the Hugo Wolf Competition in Stuttgart (Germany), the Walter Gruner Lied Contest in London, the Ravel Prize in Saint-Jean-de-Luz (France), the Seghizzi International Contest in Gorizia (International) and the 1st prize Lied category at the 1994 IVC ‘s-Hertogenbosch Dutch Competition.

Among several CD recordings, he has been particularly appreciated for the complete Respighi songs for Channel Classics, the monographies devoted to Mario Castelnuovo Tedesco, Alfredo Piatti, Luigi Denza (Hungatoron records), the first recording of Franz Schubert complete songs for voice and guitar (Dynamic), the role of Vitaliano in Vivaldi’s “Il Giustino” (EMI) and the title role in Gasparini’s “Il Bajazet” for Glossa.

In 2009 EMI included the recording of one virtuoso aria by Vivaldi performed by De Lisi in a CD coffret “100 Best tenor voices” among opera stars such as Pavarotti, Corelli, Florez, Merrit, Gedda, Domingo, and others. He has been teaching Art Song, Oratorio and Lied at the Firenze Conservatory since 1998 and for 2 years he has been vice-director. He regularly adjudicates in voice competitions in Italy such as the Giulio Neri Opera contest in Torrita di Siena or the Florence Young Opera Stars contest.