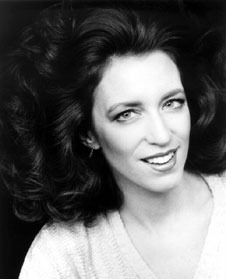 Mary Elizabeth Poore has sung regional opera throughout the United States in roles such as Violetta, Gilda, Nanetta, Adele and Constanze. She has been featured in solo and chamber music recitals in New York and is the soprano soloist at the annual Bach Festival. Ms. Poore created the title role in the world premiere of Libby Larsen’s Mrs. Dalloway for the Lyric Opera of Cleveland and performed in the world premiere of John Kelly’s Light Shall Lift Them at the Brooklyn Academy of Music as part of the Next Wave Festival. A solo recital in Carnegie Hall’s Weill Recital Hall featured the world premiere of a commissioned work by the composer Libby Larsen. She is the winner of the National Federation of Music Young Artist of the Year, the New York Oratorio Society Award, and was a finalist in the Munich International Competition. Ms Poore received her Bachelor and Master of Music Degrees from Indiana University and has lived in Italy where she studied with the world renown Italian opera coach, Luigi Ricci. She teaches voice privately in New York City and is on the faculty of The Music Conservatory of Westchester where she is the voice department coordinator.