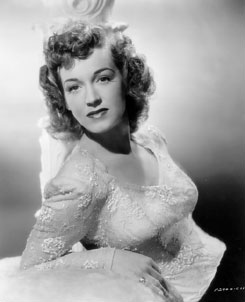 While a student at Juilliard, Risë Stevens was offered a contract by the Met. She chose instead to study at the Salzburg Mozarteum and at age 22 debuted as Mignon under the baton of George Szell at the Prague Opera. Her first Rosenkavalier at the Vienna State Opera was followed by performances at the Teatro Colon in Buenos Aires. For 25 magnificent years, Ms. Stevens reigned at the Metropolitan Opera, owning such roles as Octavian, Cherubino, Dalila, Mignon (her debut role), and of course, Carmen. In addition to an international career, Ms. Stevens starred in several films including the Academy Award winning Going My Way with Bing Crosby. After “retiring” she held numerous leadership roles including President of The Mannes College of Music. Ms.Stevens has served on the National Endowment for the Arts, the New York State Council on the Arts, the Metropolitan Opera Guild,the Wagnerian Society of Buenos Aires, the Metropolitan Opera National Council Auditions (where she was Executive Director),and the Metropolitan Opera Advisory Board, later becoming a Managing Director. She has received numerous honorary degrees, a Kennedy Center Honors, and, from the International Association of Opera Directors, the Fidelio Medal.