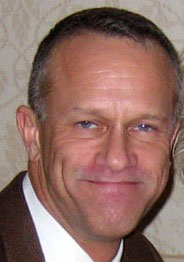 Robert Morrison is an assistant conductor with the Metropolitan Opera in New York where he has been coach and accompanist for the world’s finest singers for the last fifteen seasons. . He was invited to join the company after meeting and assisting Maestro James Levine for the Wagner Ring Cycle at the Bayreuth Festival. He has also worked with the San Francisco, Chicago Lyric and Australian opera companies. He has played for the Chicago Symphony Orchestra and at the Ravinia and Spoleto festivals and has appeared frequently with the Met Chamber Players at Carnegie Hall. In recent seasons, he has prepared Tristan and Isolde for Daniel Barenboim and concert performances of Elektra for Lorin Mazel and the New York Philharmonic. He has played recitals and concerts for Marilyn Horne, Barbara Frittoli, Placido Domingo, Luciano Pavarotti and James Morris. He is featured on a recording with flutist Linda Marianiello playing the 1873 Steingraeber piano of Franz Liszt. He graduated cum laude from De Paul University in Chicago and studied with Chicago Symphony pianist Mary Sauer, Aube Tzerko and Lili Kraus. As recitative accompanist in recent performances at the Metropolitan Opera he “provided skillful, florid and energetically paced accompaniments” according to Opera News and his playing was called “elegant” by the New York Times. Mr Morrison is on the faculty of the Bel Canto Institute in Florence, Italy where he coaches young singers during the summer.