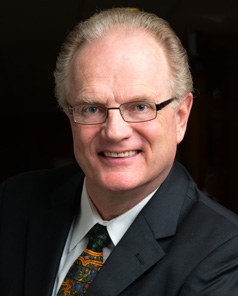 In a long and distinguished career, bass-baritone Stephen West has appeared with many of the finest opera companies in the world, including the Metropolitan Opera and Teatro alla Scala, the Bayreuth, Salzburg and Santa Fe Festivals, Opéra National de Paris, Deutsche Staatsoper Berlin, Teatro Carlo Felice and Teatro Regio, the Lyric Opera of Chicago, New York City Opera and the San Francisco, Seattle, Washington and Dallas operas, among many others. He has performed with leading symphony orchestras such as the Los Angeles Philharmonic, the Boston, Atlanta, and Montreal symphonies, and the Philadelphia and Cleveland orchestras in venues such as Carnegie Hall, Tanglewood and the Hollywood Bowl. He has also collaborated with many world-famous conductors, including James Levine, Riccardo Muti, Sir Andrew Davis, Rafael Frühbeck de Burgos, Sir Charles MacKerras, Julius Rudel, Michael Gielen, and Richard Bonynge.

A true “singing actor,” Mr. West triumphs in roles such as Boito’s Mefistofele and Gounod’s Méphistophélès, and as the heroes of Verdi. He is an exponent of contemporary music, and excels in the repertoire of Wagner. His Seattle Opera portrayal of Hans Sachs in Die Meistersinger inspired Bryan Magee of London’s Daily Telegraph to write, “He covered himself with glory. At the end the entire audience rose spontaneously in a standing ovation. I suspect it was one of those special nights of which I shall find myself saying on future occasions: ‘I was there.'”

Stephen West is currently Professor of Music and Chair of the Voice Department in the School of Music, Theatre & Dance at the University of Michigan. His students are successful in Opera and Musical Theater, have appeared in opera houses in the United States, Canada and Europe, in major music festivals, and are currently appearing on Broadway. His students have been awarded scholarships to young artist programs and conservatories and have won major national and international vocal competitions.

Continuing a highly successful performing career, in season 2013-14, Mr. West sings Sir Humphrey Davenaut in Marschner’s Der Vampyr with New Orleans Opera, Verdi’s Requiem in Toledo and Detroit, Mozart’s Cosi fan tutte with the Ann Arbor Symphony Orchestra and Javert in Les Miserables with the Encore Musical Theater in Michigan. Previous seasons engagements include singing as soloist in Beethoven’s Symphony No. 9 with Ann Arbor Symphony, an acclaimed Tevye in Fiddler on the Roof at the Encore Theater, Timur in Turandot in a semi-staged production with Toledo Opera, and Pater Profundis in Mahler’s Symphony No. 8 with the Grand Rapids Symphony. He also reprised the role of Mephistopheles in Dusapin’s Faustus, the Last Night at the Concertgebouw in Amsterdam and Dr. Schön in Lulu for both Teatro alla Scala in Milan and the Wiener Festwochen in Vienna. He also performed as soloist in Mahler’s Das klagende Lied with the Orquesta Sinfónica de Minería in Mexico City, and appeared as Dr. Schön and Jack the Ripper in Lulu with the Opéra de Lyon, France. Other recent successes include performing Candy in Of Mice and Men for Forth Worth Opera, a return to the Metropolitan Opera to reprise Monterone in Rigoletto, and the role of Mephistopheles in the American premiere of Pascal Dusapin’s Faustus, the Last Night for Spoleto Festival USA and Philharmonie Essen, Germany.

Additional highlights of recent seasons include his return to the Metropolitan Opera as Heinrich in Lohengrin and as Zuniga in Carmen, and to New York City Opera as Braxton and Sherrin in The Mines of Sulfur. He recently performed Der Wanderer in Siegfried and his first Wotan in Das Rheingold with the Palacio de Belles Artes in Mexico City, the title role in a concert performance of Attila with Chorus Pro Musica in Boston, and Horace in Blitzstein’s Regina at Bard’s Summerscape Festival.