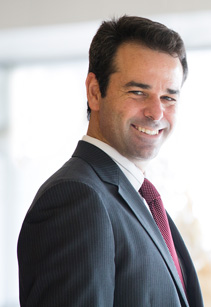 Stage Director
Tomer Zvulun, General and Artistic Director of The Atlanta Opera, is also one of opera’s most exciting young directors, earning consistent praise for his creative vision, often described as cinematic and fresh. His work has been presented by prestigious opera houses around the world, including The Metropolitan Opera, the opera companies of Seattle, Atlanta, Cleveland, Dallas, Cincinnati, Buenos Aires, New Orleans and Wolf Trap, as well as leading educational institutes and universities such as The Juilliard School, Indiana University, Boston University, and IVAI in Tel Aviv. This past season, he directed a critically acclaimed new production of La Bohème for Seattle Opera, Don Giovanni for Cincinnati Opera, a new production of Lucrezia Borgia in Buenos Aires, Argentina, and returned to The Metropolitan Opera to direct Carmen and to Wolf Trap Opera for a new Falstaff. In 2014-2015, he will direct a new co-production of Rigoletto, which will premiere in Boston Lyric Opera and then be remounted in Omaha and Atlanta. Mr. Zvulun will remount his successful production of La Bohème for Pittsburgh Opera, create a new Die Fledermaus for Lyric Opera of Kansas City as well as a new production of Silent Night for Wexford Festival in Ireland. He will then return to Seattle Opera for a new production of Semele and conceive a new version of Madama Butterfly for his home company in Atlanta. His production of The Magic Flute that was co-produced by Indiana University, Atlanta and Cincinnati will be revived in Indiana in the spring. For The Atlanta Opera, Mr. Zvulun directed three productions before his appointment as General and Artistic Director: Die Fliegende Holländer, The Magic Flute and Lucia di Lammermoor, which was selected by The Atlanta Journal-Constitution as one of Atlanta’s Best Productions for the 2011 Season. For the Metropolitan Opera, he has directed revivals of Tosca and Carmen, and worked on a number of new productions, most notably La Rondine, La Traviata, La Fille du Régiment, Iphigenie en Tauride, Manon and Un Ballo in Maschera. Other notable engagements include new productions of Don Giovanni for Wolf Trap Opera; Dialogues of the Carmelites for IVAI in Tel Aviv; Tosca for the Teatro Nacional in Panama; Lucia di Lammermoor for Seattle Opera and Opera Cleveland; Faust and Così fan tutte for Indiana University; and a new double bill of L’heure Espagnole and Gianni Schicchi at Juilliard Opera Center that was praised by The New York Times for its “witty, fast-paced staging and the director’s Felliniesque style.”